Does Transcendental Meditation Really Work? This Happened After 1 Day

Transcendental Meditation (TM) is supposed to be effortless. The idea is to not try to clear your mind, block out thoughts, or focus on anything specific. I know – the opposite of what society and culture serve us about meditating.

But when you try to focus on something, you’re operating in an active state, and you can’t really reach the peace buried deep within. My teacher compared TM to the ocean; The waves at the top represent the non-stop state of activity most people usually operate in. In TM, we let go of all effort so we can go beneath the surface and reach the calm water.

On my first day practicing this art of meditation, I learned a lot and noticed some after-effects immediately.

How to do Transcendental Meditation

Transcendental Meditation is practiced for just 20 minutes morning and evening to recharge and continue to break down built-up stress – both new and old.

It may seem easy enough to watch a YouTube tutorial, pick a phrase, and do it in your living room, but it’s crucial to learn from a certified teacher.

The effects and experience won’t be the same if you try to wing it, so do yourself a favour and don’t.

Know What to Expect from Transcendental Meditation.

Gain insight into real-life results from practicing Transcendental Meditation, starting from day ONE.

Results after 1 day of Transcendental Meditation

In meditation, the level of relaxation gets super deep. Built-up stress is being released in the process, and by the time you come out of it, you feel brand new.

When I finished meditating for the first time, I had a genuine feeling of happiness for no specific reason. The best way I can describe it is a light, floaty feeling.

Everything seemed slowed down as if life was finally moving in real-time. This was a huge difference compared to the usual “gotta do this gotta do that gotta keep moving” state I was stuck in before.

These feelings stuck around until it was time for my next meditation. And that second session carried that bubbly feeling over into the next day.

As a single mom, I get all the questions, comments, and concerns (at all times). Other single parents know what I’m talking about! In all honesty, it can become draining and annoying sometimes.

Although I do my best to respond and not react, sometimes I slip up, and irritation comes out in my response. Then the guilt comes… etc.

After my very first meditation session, I was no longer on edge. I felt a lot calmer, and small stuff didn’t matter anymore. In fact, it became clear that the majority of things are small.

Being bombarded with situations, questions, and complaints didn’t bother me. I had a million times more patience and understanding with my son than I did the day before.

3. I stopped caring (my favourite thing about meditation!)

On day 1, I learned that when you reach the peace deep within yourself during meditation, you don’t react to thoughts anymore. In TM, this is called the place of transcendence.

The usual thoughts and ideas that plagued my mind and constantly made my stomach drop showed their ugly faces during my meditation, but I didn’t feel a thing. Seriously – not even a twitch.

While this happens with negative thoughts during meditation, it also happens with the good ones. In transcendence, you reach a state of such intense peace and relaxation that you notice thoughts but have no attachment to them whatsoever.

As a chronic over-thinker, this is hands down my favourite thing about meditating. When the TM session is done correctly, that peaceful feeling sticks around after the meditation, and negative thoughts still get no reaction.

Normally when I think about something, I have to write it down right away so I don’t forget about it.

But as I was on my way home after meditating, I randomly got a list in my head of things I had forgotten to do days ago. I was able to remember them even after the 30-40 minute drive and put them on my to-do list when I got home. It was pretty cool.

5. I fell asleep quicker (and quieter).

Have you ever been sleepy, but as you’re lying in bed, you just stare at the ceiling for hours because your mind wants to race about random stuff? Yeah, that was most nights for me. But after my first full day of meditating, I didn’t hear a peep.

Everything was so quiet inside as I was drifting off, and I didn’t have any thoughts at all (except about how weird it was that my mind was this quiet). The total silence was the oddest thing, but I fell asleep pretty quickly.

After my second meditation that evening, I was dead tired. I went to sleep and didn’t wake up until almost noon the next day. I hadn’t been able to sleep that late since I was in high school… even when I wanted to!

The next day I told my teacher how tired I was, and he said TM helps our body recognize whether it’s been sleep-deprived and makes us catch up on ALL of it. Turns out that Transcendental Meditation is for releasing not only mental stress but physical stress as well.

Although it’s only been 1 day, I have noticed quite a few changes from doing Transcendental Meditation. It’s safe to say that you can feel the effects of TM after your very first session, though!

So far, I’m happy I checked this off my bucket list and only wish I had done it sooner. I’m excited to see what other changes unfold as I keep up meditating twice a day. 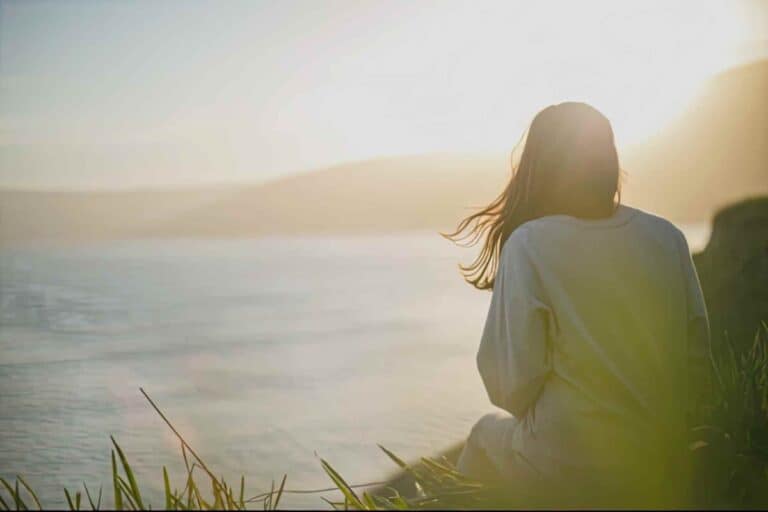